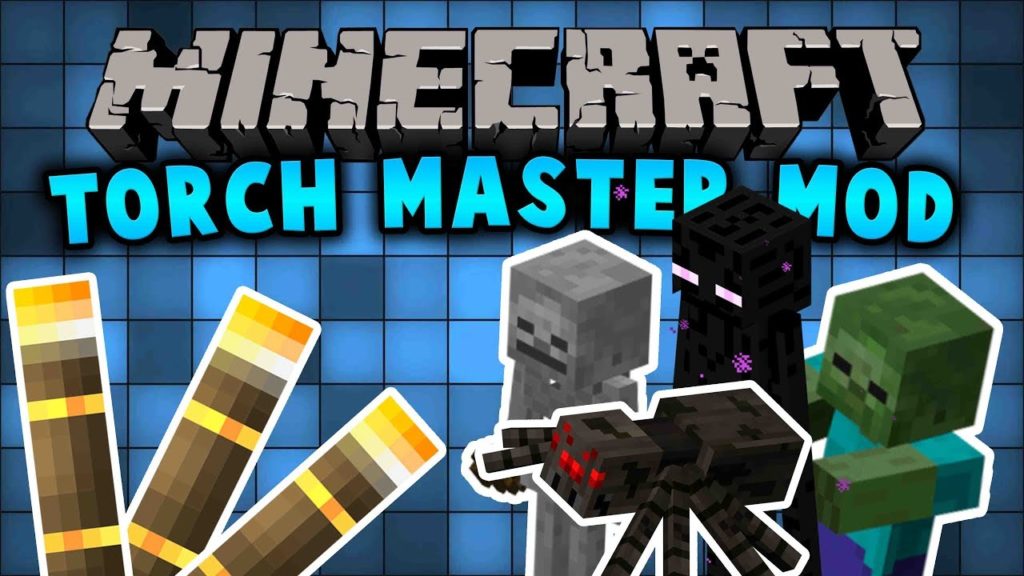 With this mod, you can create new torches in the game that will shine much brighter than the standard ones. Several new light sources will also appear. Use light to illuminate spaces or dark dungeons.

In any case, the new super torches will shine much brighter than the ones we are used to. To create a brighter torch, you need two diamonds, this is a rather expensive craft, but in the later stages of the game it will be extremely relevant and useful. One super torch will be brighter than ten. 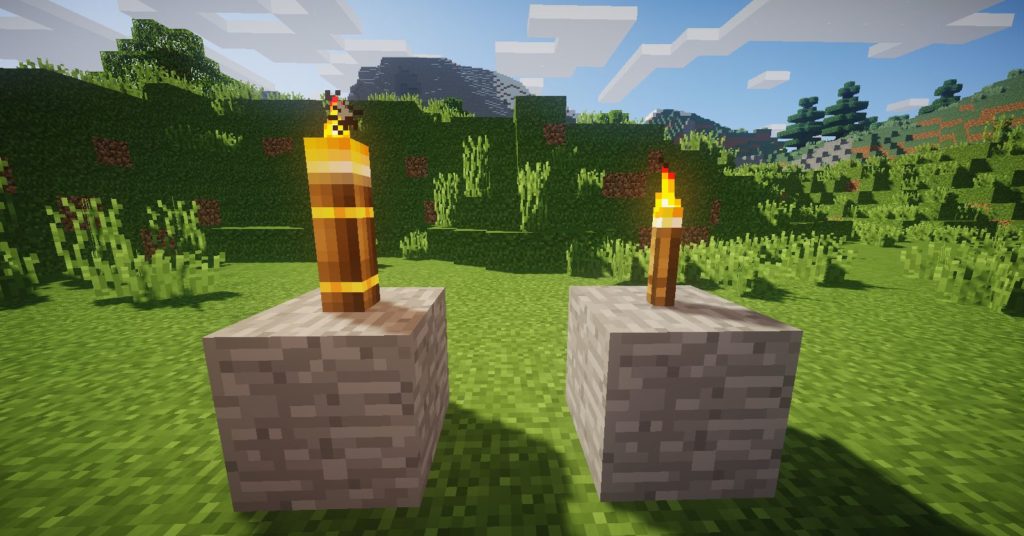 You can also use terrain lighter which is able to illuminate a huge area around you. You will need to install it in the place where you want to create lighting, then load it inside the torch and activate it by pressing the lever. After that, a large number of torches will spawn around in a radius of up to 100 blocks around. 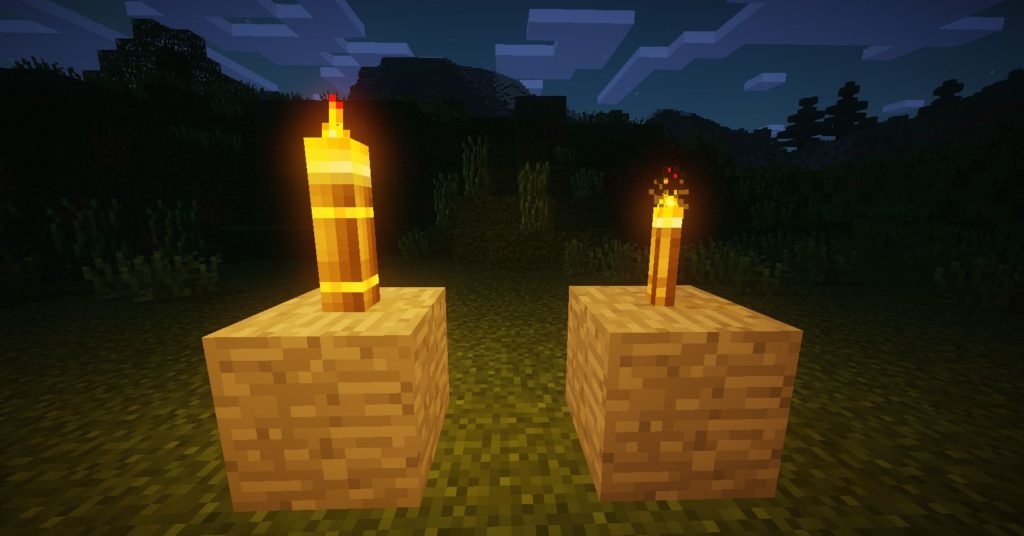 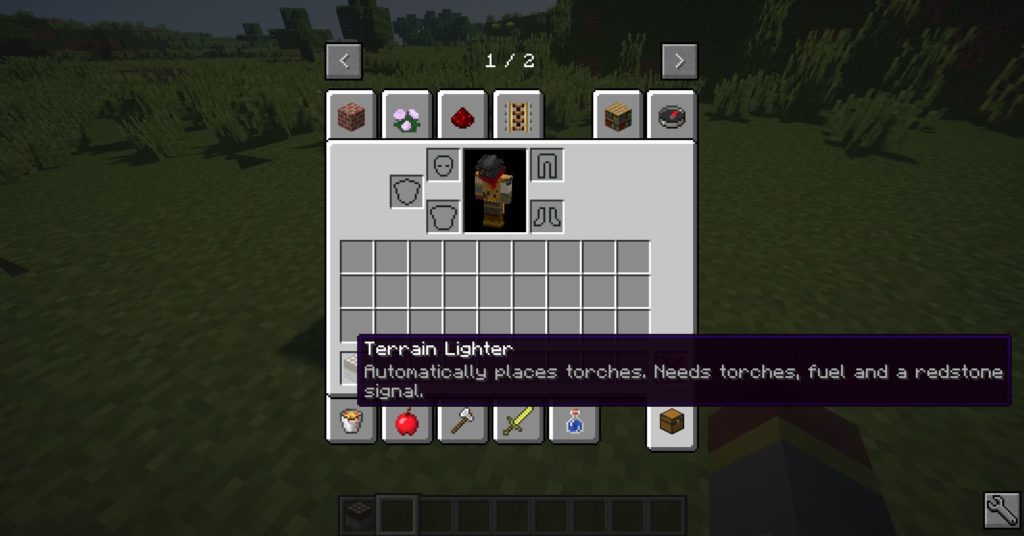 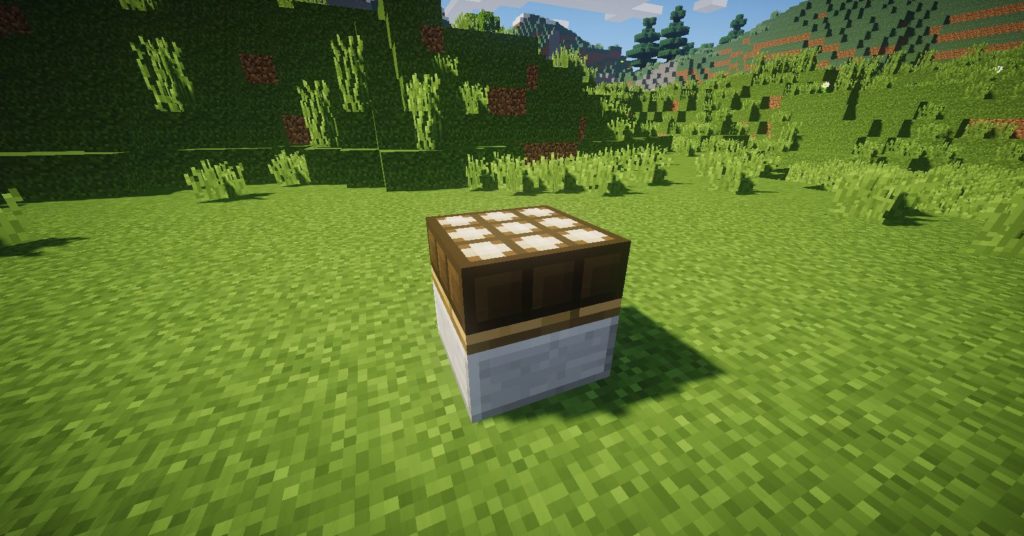 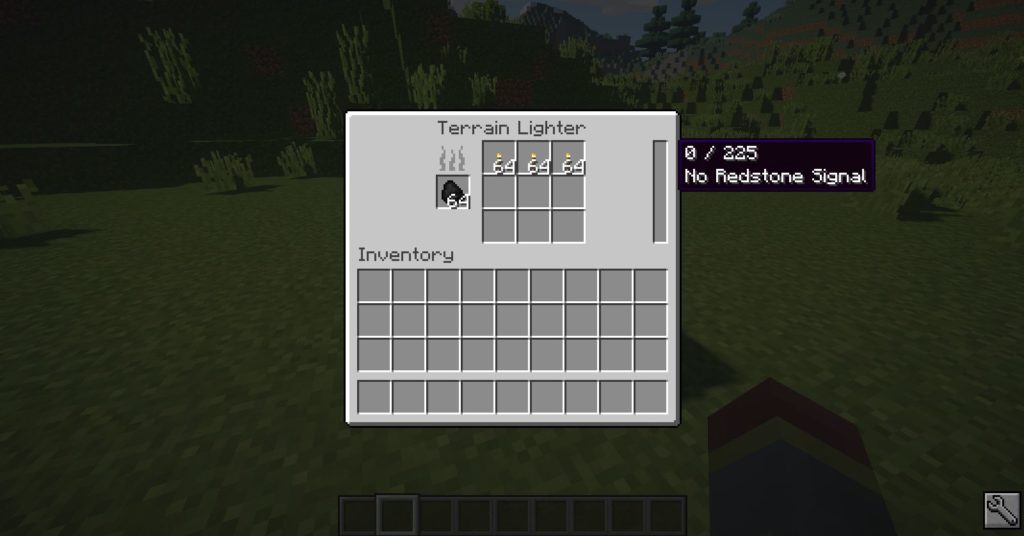 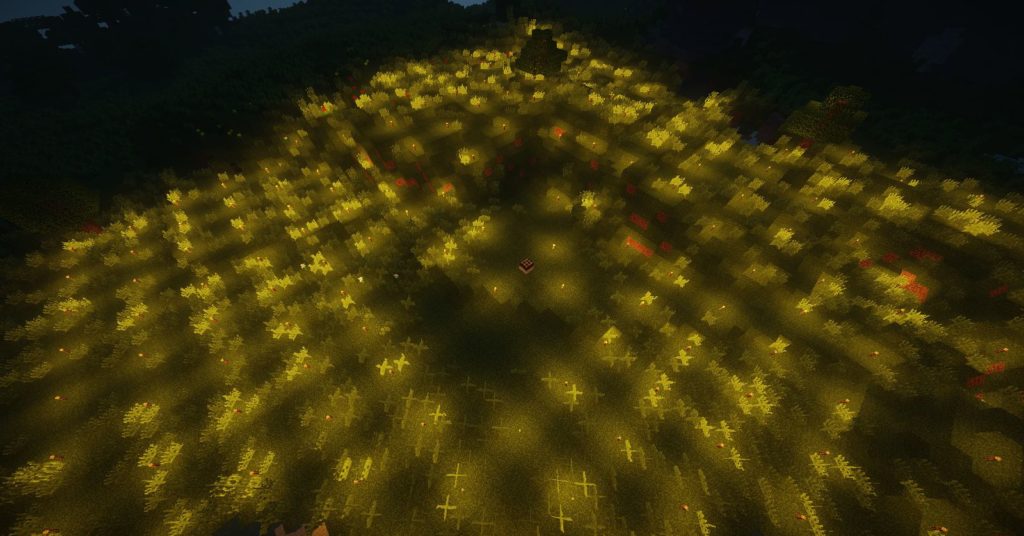