We will show you what mobs, characters and Minecraft items look like in real life! Compares themselves to how much they differ.

Here we have collected the most interesting photos that will help you understand the differences between the square version and the original that you can meet in real life. Enjoy!

This is what the skeleton looks like in the game and in life. Funny comparison isn’t it?

Here is such a spider in Minecraft that we all know and its original version from life.

A shovel is a very useful tool to help you dig blocks. 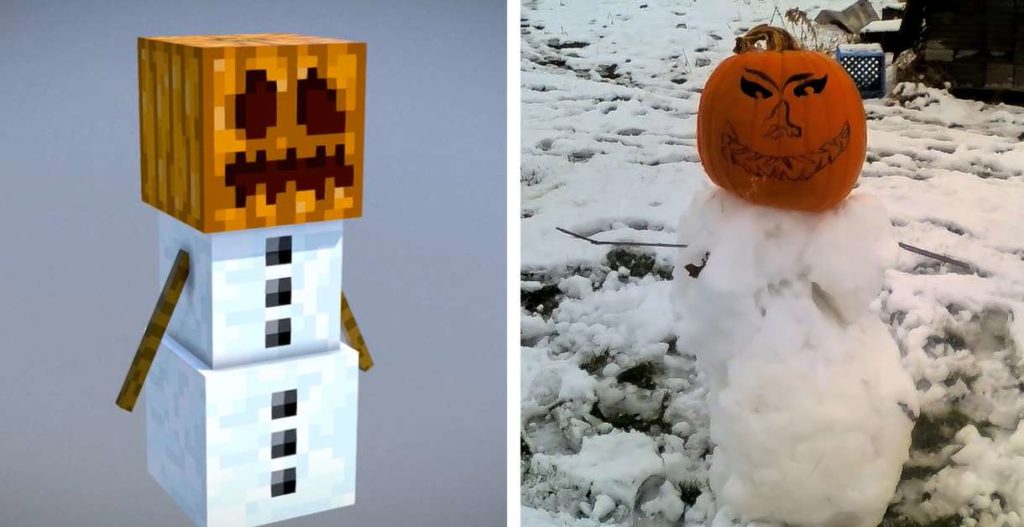 A funny snow golem helps us fight and this is how it looks in real life. 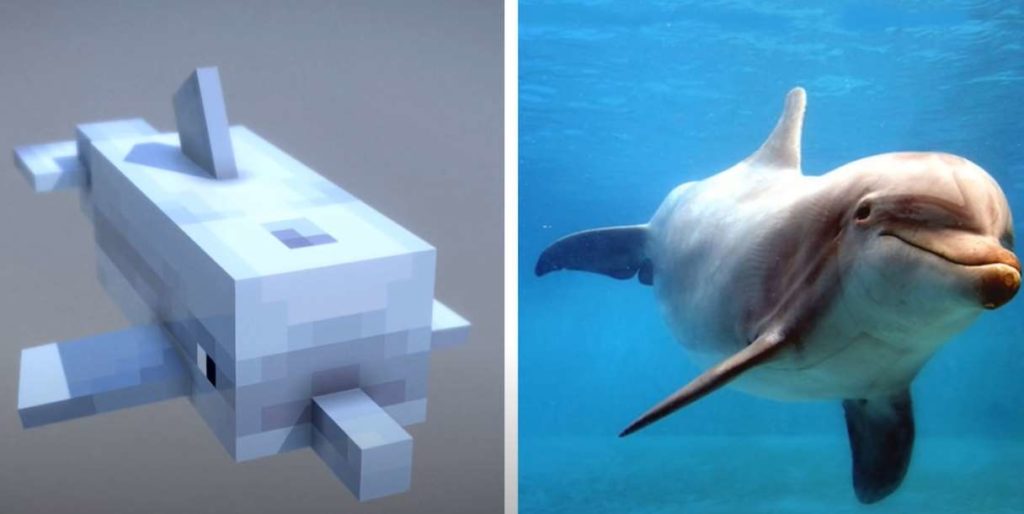 Dolphin is a rare creature, but nevertheless this is how it looks. 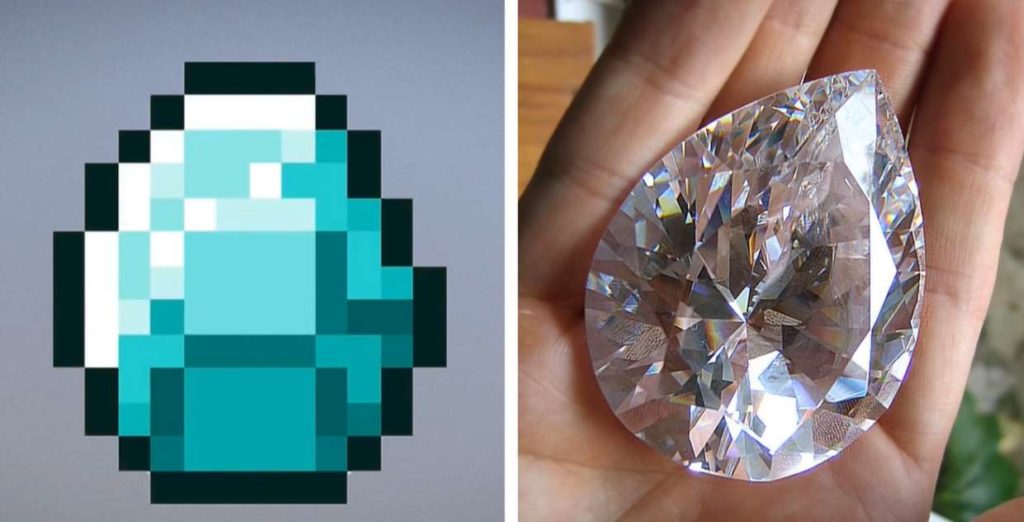 The most valuable resource in the game, the diamond in life looks like this. Compare for yourself. 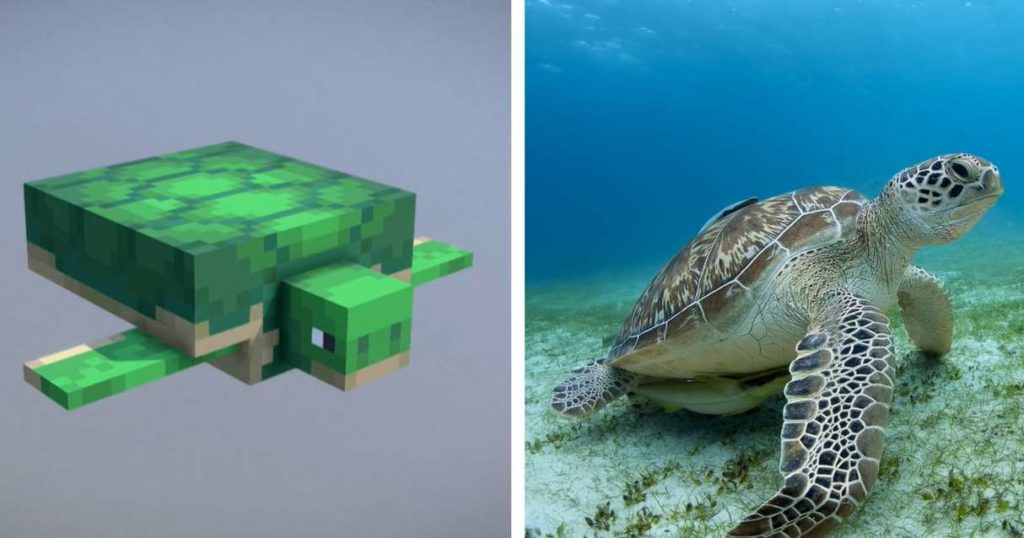 And this is a funny and rather cute turtle. 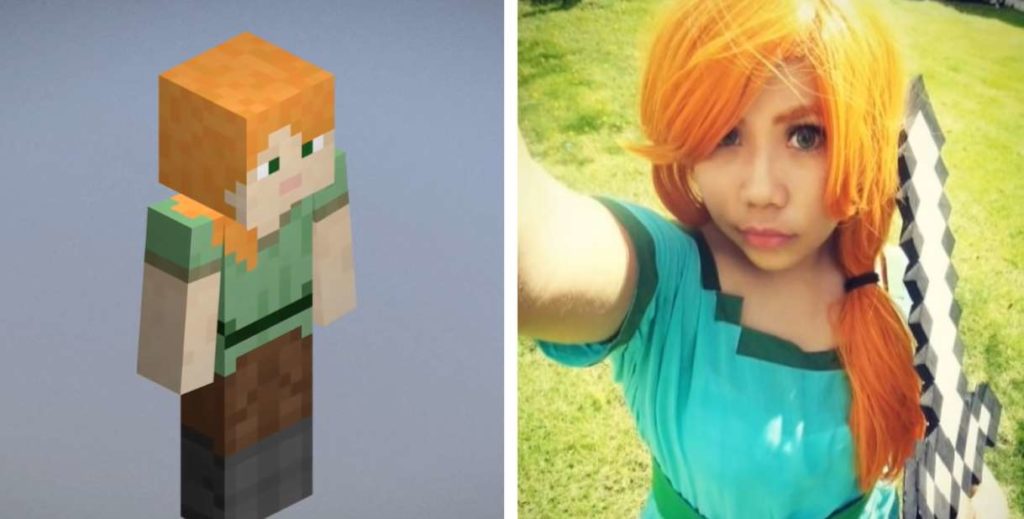 The female version of Steve in Minecraft. This is what a girl looks like. 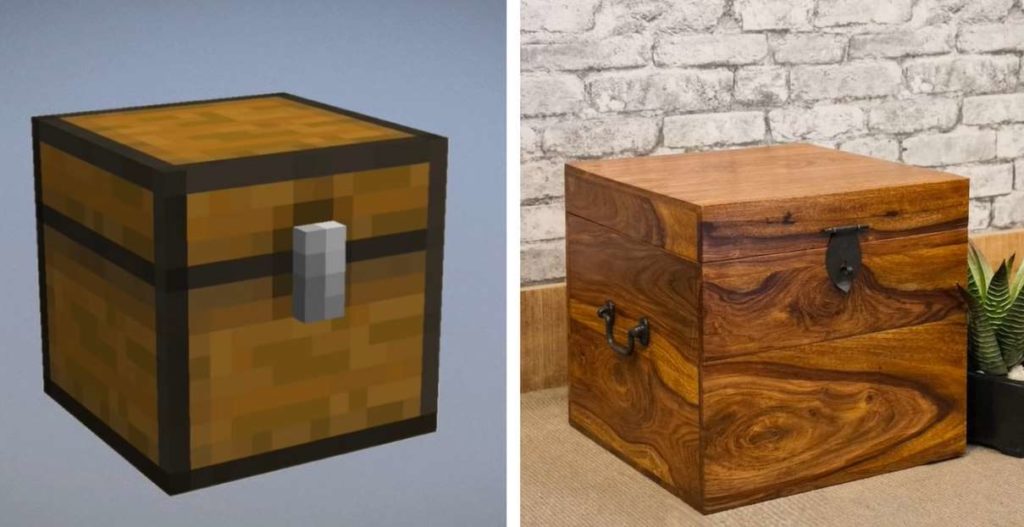 The chest allows you to store your belongings and is an extremely important item in the game. 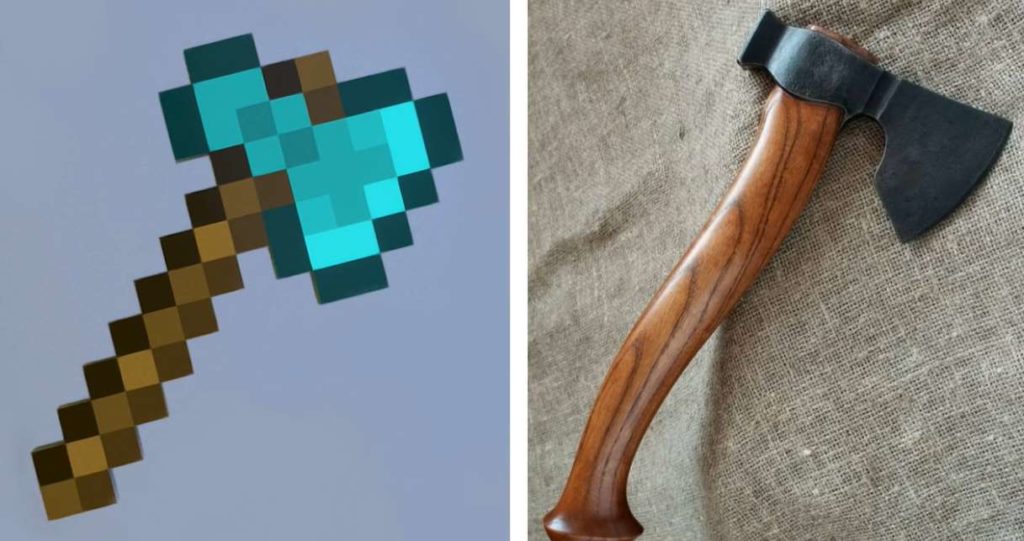 A good old ax cuts everything that comes his way.

The bat in the game looks much nicer than in life.

It’s time to show you the real dragon. This is incredibly cool! 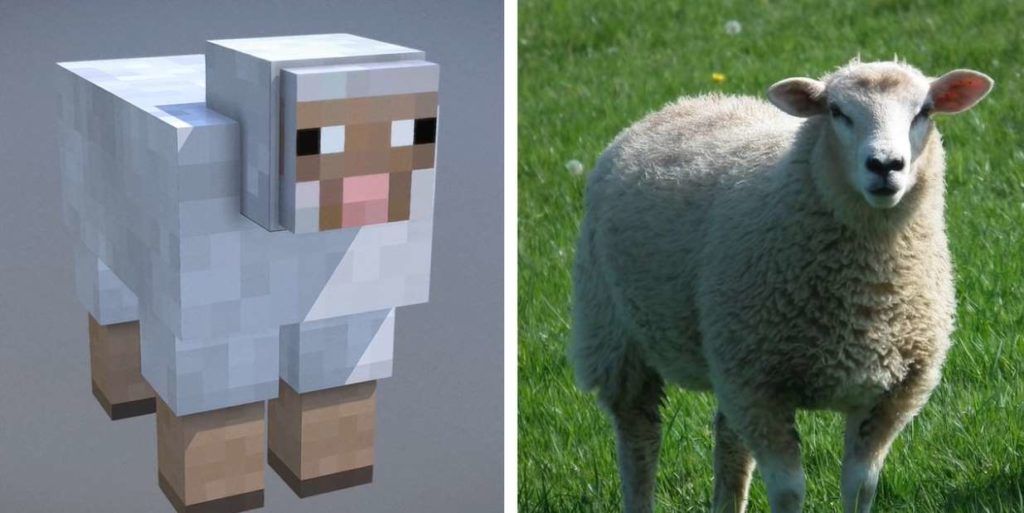 Sheep is one of the cutest creatures in Minecraft.

The torch can illuminate even the darkest part of your world.

Quite a creepy insect that climbs out of old blocks.

The fox is often found in forests and you can enjoy its appearance. 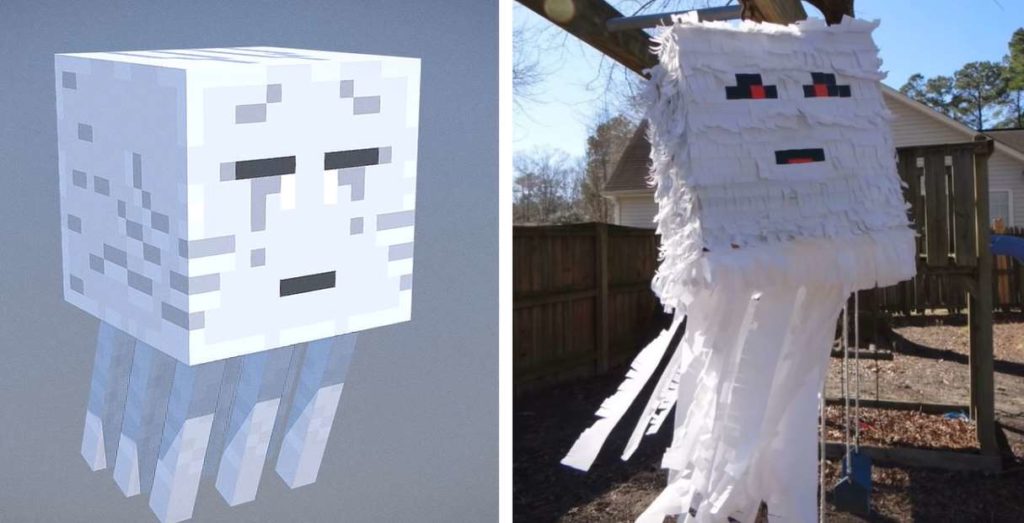 You probably know what this monster is?

The panda is a fairly new animal that looks nice and behaves the same way. 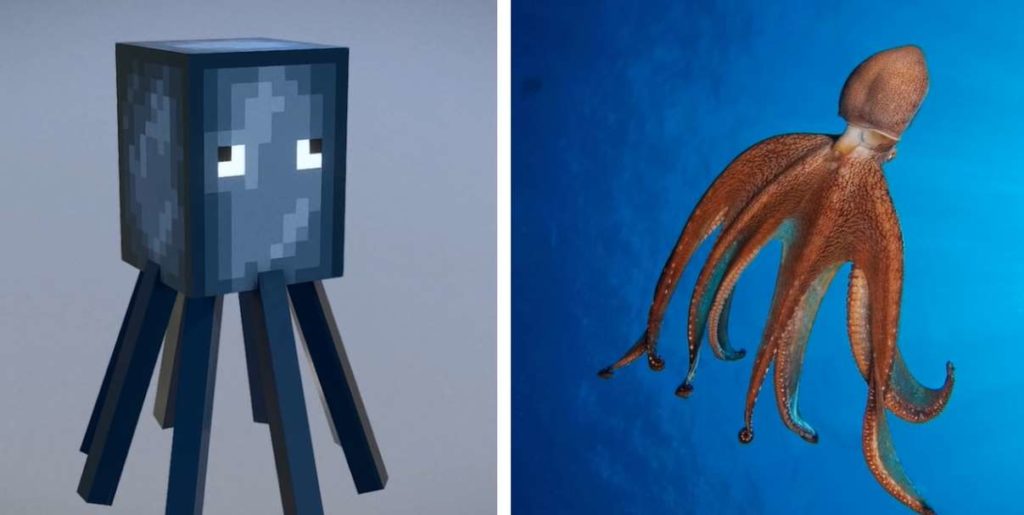 The octopus is often found in the aquatic part of your world. 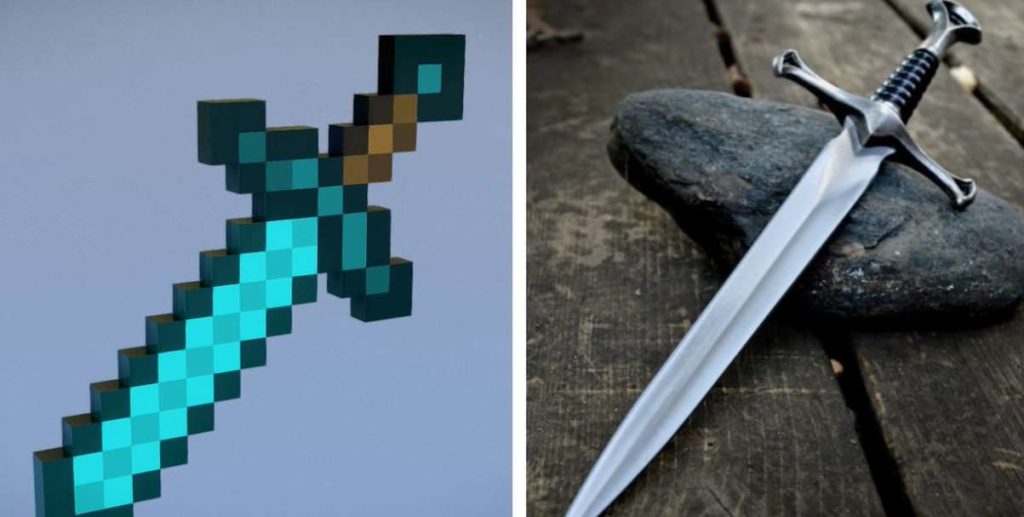 See what the sword looks like to which we are all so accustomed. 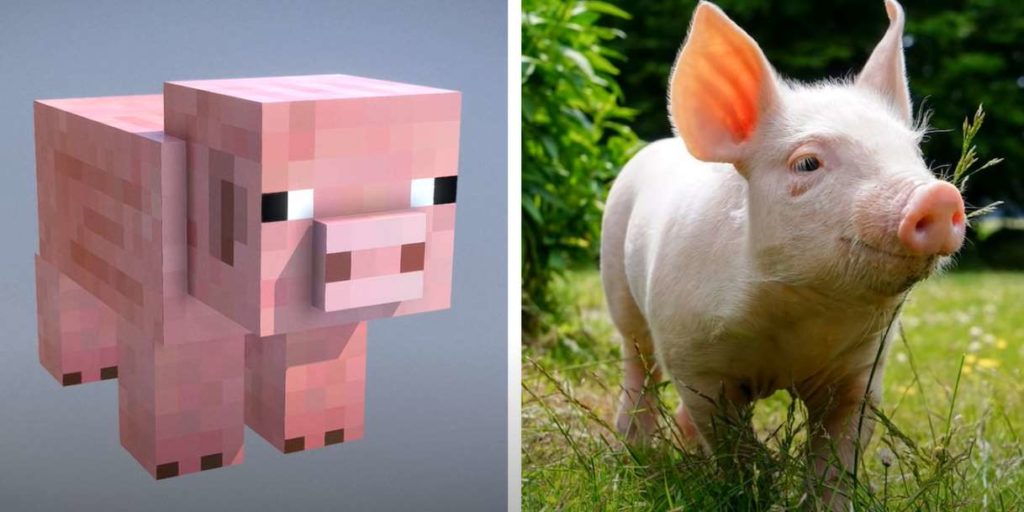 Pig is an extremely useful creature that is used by all players (except for vegetarians of course).

The polar bear is a rare but extremely interesting mob.

A creepy and at the same time mysterious enderman looks exactly like this.

The ocelot, or as it is simply called the cat, is also an extremely useful creature. 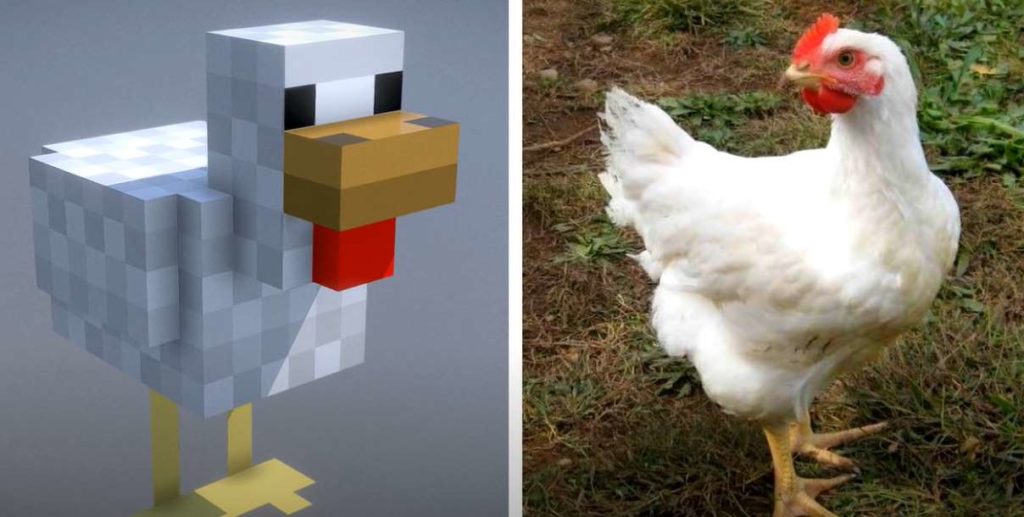 Learned? Yes, this is exactly the chicken to which we are accustomed. 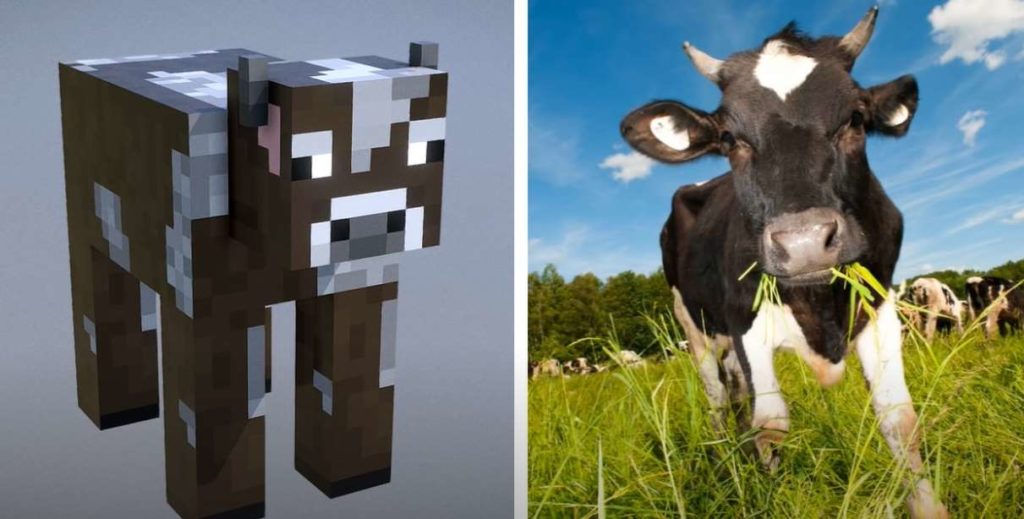 The cow not only provides meat but is also able to bring the milk that we love so much. 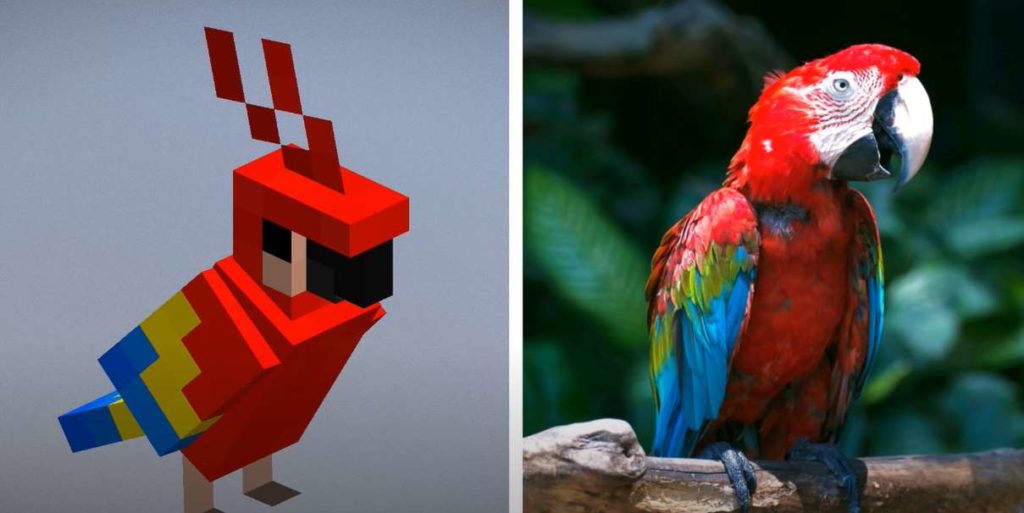 Just a beautiful and harmless parrot. 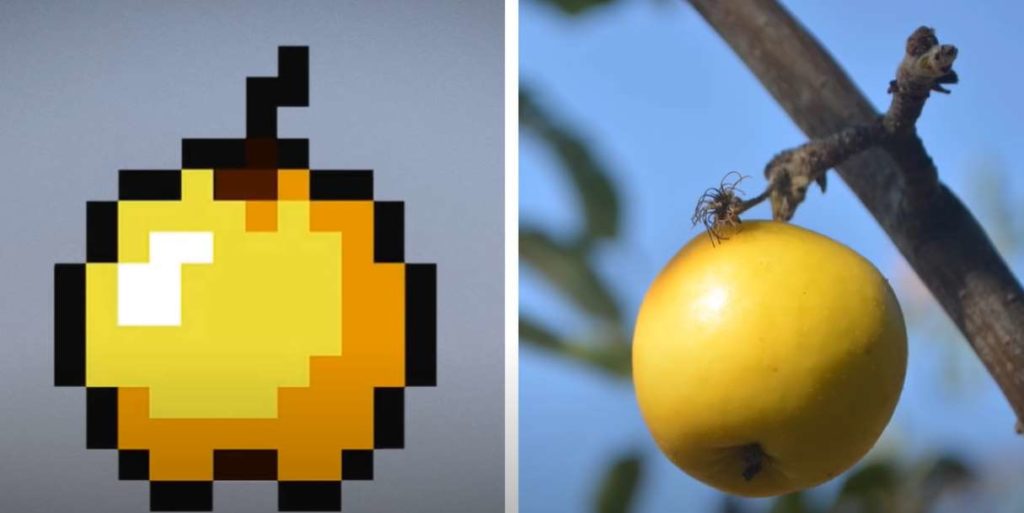 A golden apple that many players use during battles.