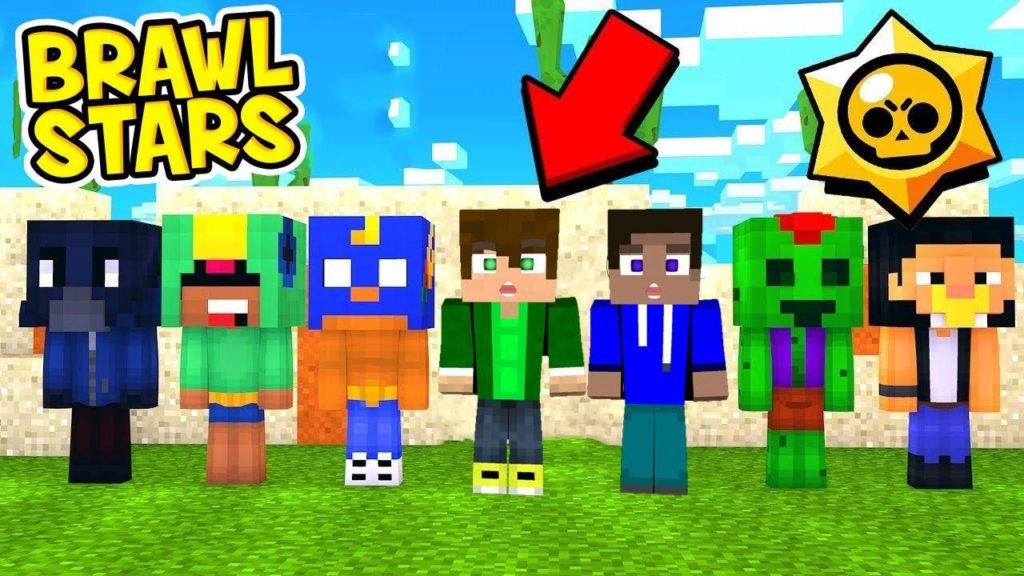 A small but cool mod for Minecraft that will add elements of the Brawl Stars game, as well as a whole dimension.

There are many different game imports for Minecraft. This is not casual, because Mine is a sandbox from which you can make anything. That is why there are imports of GTA SA games, harry potter, as well as a bunch of mini-games. In this modification you will find really useful items that will help you feel the atmosphere of the Brawl Stars game.

There is also an import for Brawl Stars, and you can download it below. He adds a whole dimension, as well as many items from this game. For example, weapons and armor, various blocks. There will be a lot of content added and you will probably be able to find items that will be useful to you.

To get into the brawl dimension, you need to build such a portal. But it is made of unusual boards that can be crafted like this:

And thus you will be taken to the Brawl dimension where you can study new blocks: