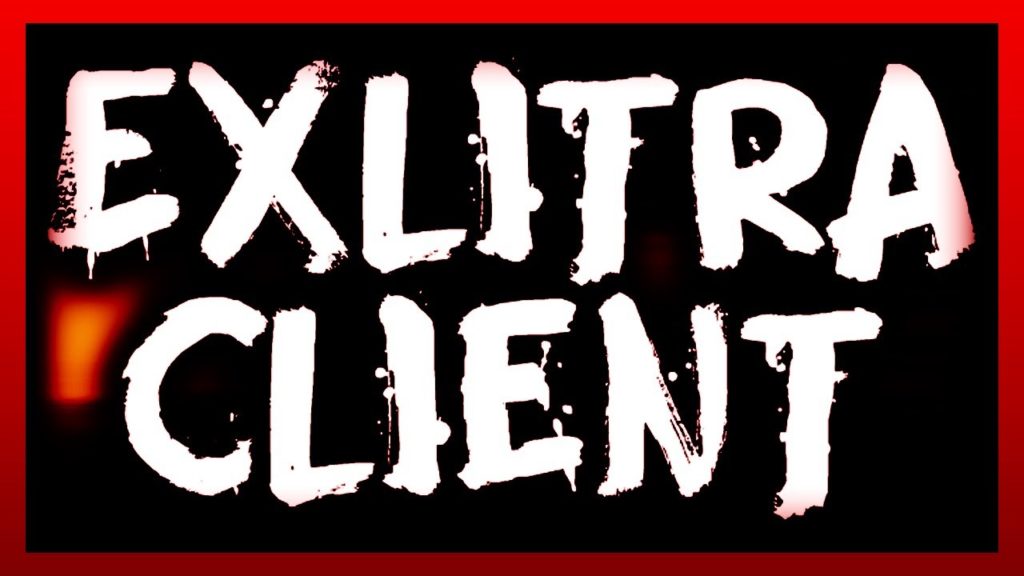 Simple and powerful hacked client for new versions of Minecraft including 1.16.5. Become a perfect player using top cheats on the server. From now on, you will not be stopped in either battle or in the extraction of resources.

Every player dreams of getting all the privileges of the server, but in most cases this requires donation or playing too much time. But the most cunning players know about the possibility of using cheats. The Exlitra hack will allow you to go beyond the usual game and become much better than other players, even if they donated. Believe that nothing and no one can help the enemies that will meet you on the way. Cheat has a powerful kill aura that terrifies everyone who encounters her personally. You will have no equal in pvp and this is a fact. 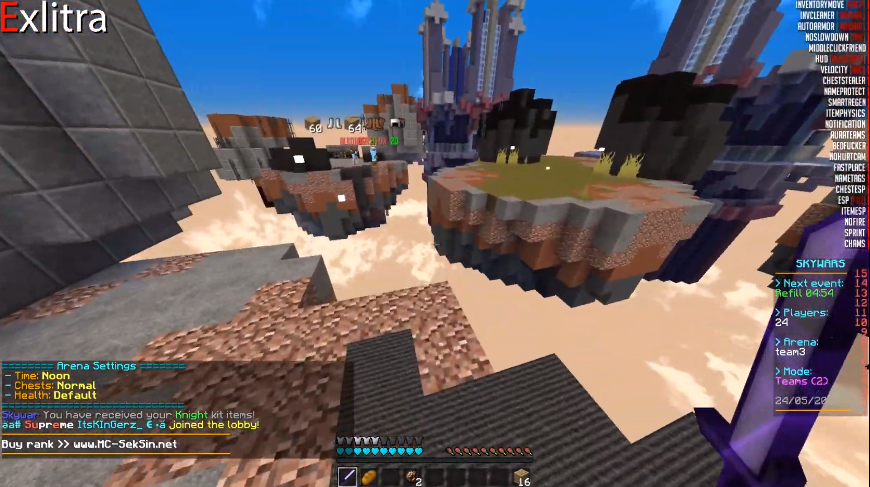 This client has a rather pleasant interface, which is also pronounced in the game. When using the wallhack function, you will be able to see the character icons being highlighted in the background. In addition, there is an illumination of fallen objects and auto sorting. You also get the ability to fly and not crash in the event of a fall from a great height due to increased ping. 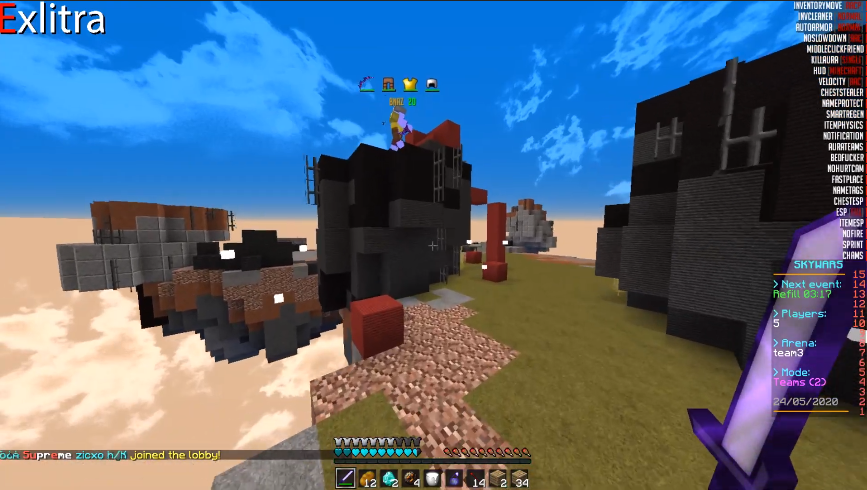 First, you should familiarize yourself with all the cheat tabs available in this client. After that, you will be able to decide for yourself which functions you should enable and use during the game. All included features can be seen on your screen in a convenient place. In Minecraft 1.16.5, server developers have been waiting to fight hack clients, but Exlitra easily bypasses any locks. 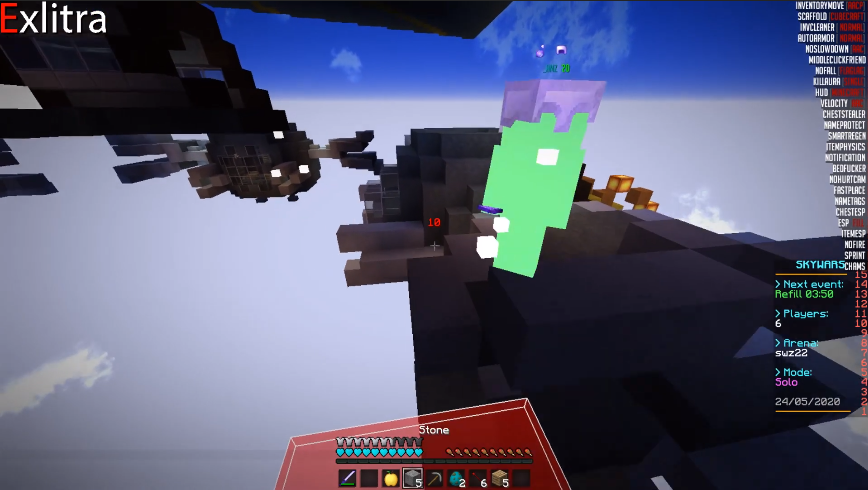 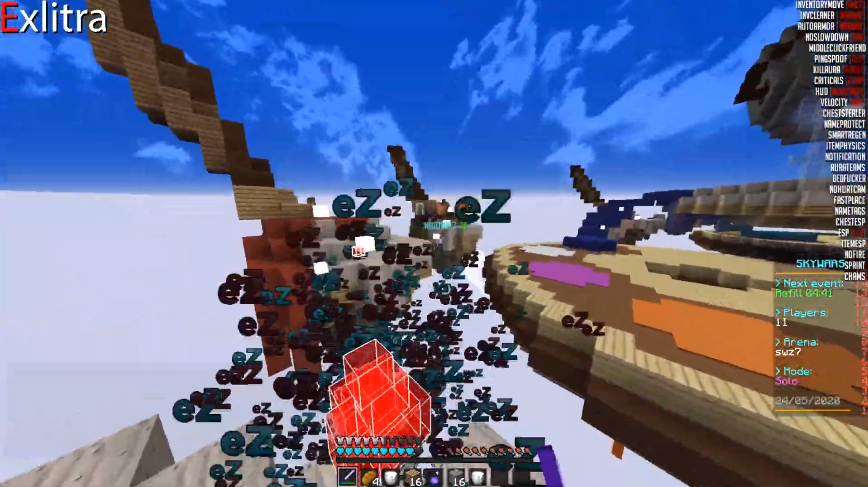