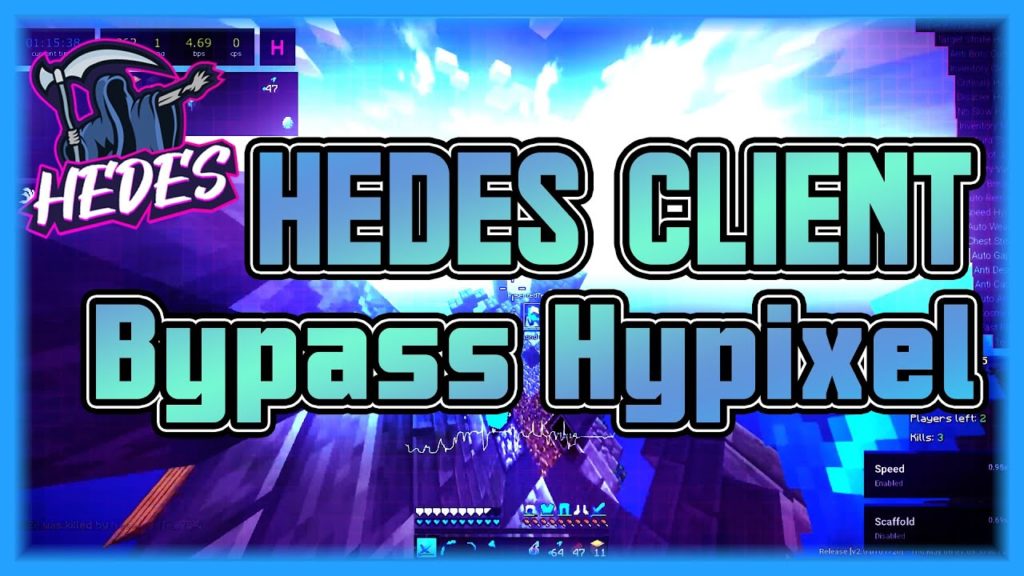 Hacked client from the creator of the previously popular Nodus, the best client for version 1.8. In his new project, he bets on bypassing various anti-cheat systems, which are described in more detail below.

Many who played Minecraft 1.8 have heard about the Nodus cheat at least once. However, the project did not go beyond this version, and it was painful to see all of its fans. But now one of the creators of Nodus has launched a new project that claims to be the top cheat for one simple reason.

The developer made a bet not so much on improving the functions as on bypassing anti-cheats. Cheats are cool, but what’s the use of them if they don’t work, right?

The bet was made on bypassing anti-cheats AAC, NCP, Spartan, Matrix, Mineplex, Hypixel. But most of all on ACC (and he copes with this 100%), while cheats like impact nervously smoke on the sidelines.

Earlier it was said that the main emphasis is on bypassing anti-cheats, but all functions are also at a decent level. Which means you can compete with top cheat users. One way or another, the project is developing and gaining momentum, which means it can become quite a competitor. 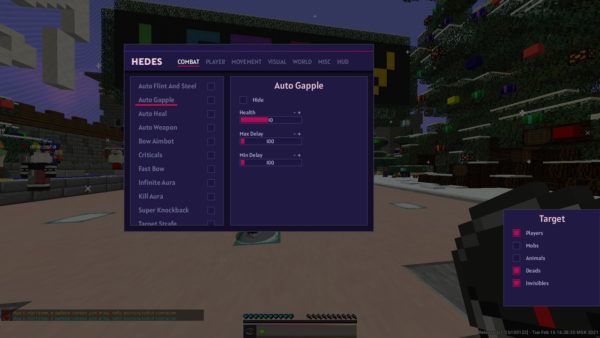 You can see in the screenshot also an unusual design, not typical of modern cheats. Although we have seen something like this before, this design approach takes place.

This may seem inconvenient, but I hasten to note that all cheats can be put on shortcuts and you won’t have to rummage through it. Basically, players use a dozen functions all the time, some put sometimes used shortcuts, so this interface will not be difficult. 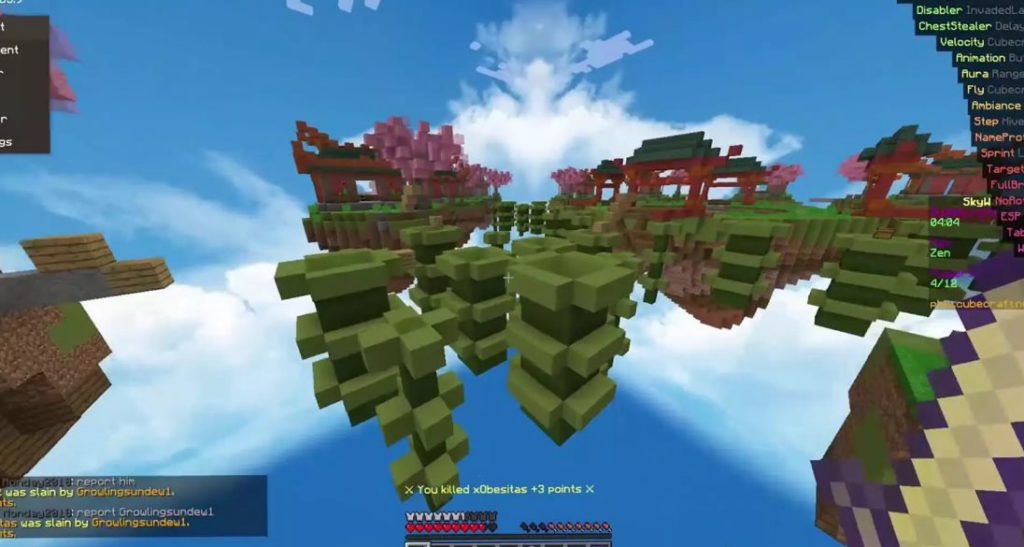 We played a couple of games with this client on a pirate server like DexLand. In my opinion, there is one of the toughest anti-cheats among pirate servers at the moment. And to my surprise, Hedes bypassed autoclick protection, NameTags and partially killaura. And such popular cheats as impact, kami blue and flux ate how they work. Flux generally bugs and makes players invisible, killaura does not work on impact, which makes these cheats useless in the game. Even trivial lines to the players are not displayed. And Hedes proved to be his best side, allowing him to provoke the wrath of all enemies. 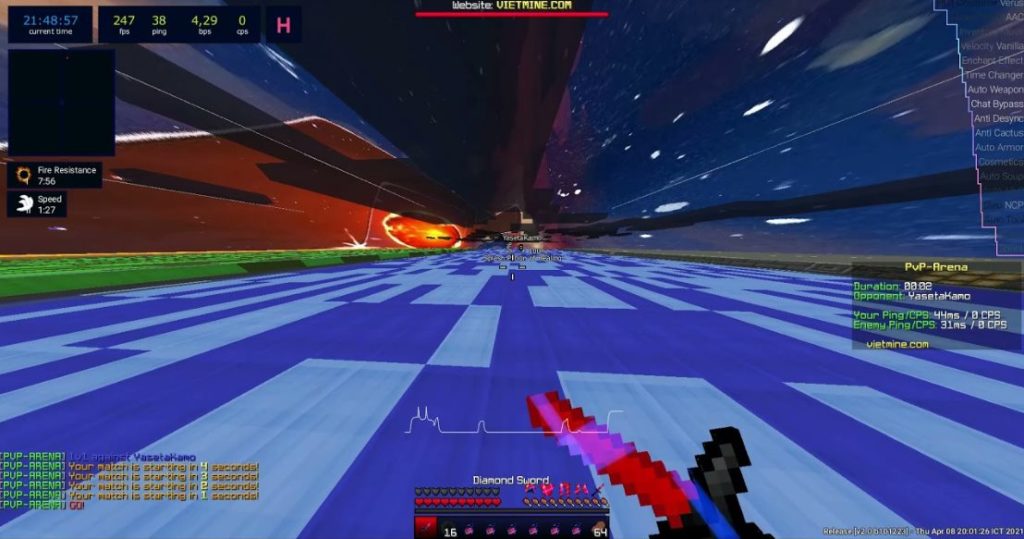